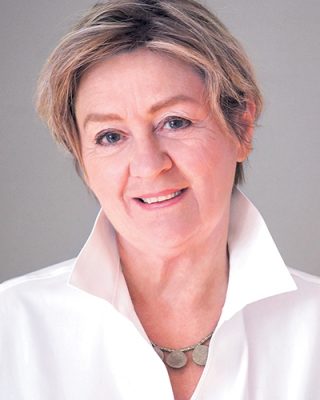 A linguist and ethnologist by profession, Anne Fortin has carved out a career in culture, tourism and gastronomy.

After a few years of experimenting, she opened a bookstore dedicated to the culinary arts, where she has combined her passions for books and cooking. For the past 10 years, she has been sharing her love of cooking and food with her loyal clientele at the Librairie Gourmande at the Jean Talon Market in Montréal.

She takes cues from her customers, whether gourmet cooks or just food lovers, to offer cookbooks from local sources and further abroad, books devoted to the history of cooking and culinary literature for them to enjoy.

Anne is also active on social media, and she regularly updates the librairiegourmande.ca website, which offers over 3,000 titles.

A blogger in her spare time, her site lists fiction and autobiography in which food is a main character: romansgourmands.com

For the past few years, she has been working on creating the Conservatoire culinaire du Québec (Culinary Conservatory of Quebec), a place for lovers of traditional and contemporary cuisine to work and meet.

In 2010, she published Cooking with Québec Maple Syrup, winning a Gourmand 2010 award for the French edition in the category Best Book, Special Topic. To write this book about an iconic part of Quebec cuisine, she tapped into the talents of some of the greatest chefs in the Montreal area, who over time became friends.

A history buff, in 2014 she published Ainsi cuisinaient les Belles-soeurs dans l’oeuvre de Michel Tremblay, in which she takes us on an incredible journey of culinary heritage. “The history of cooking is so interesting. We need to understand our origins and respect and continue the tradition of this cuisine influenced by our country, a land of refuge.”

Marc Alain's Happiness - One day at a time ranked No. 3 on The Bestsellers List

After only two weeks of publication, Marc Alain's Happiness - One day at a time is no. 3 on The Globe and Mail's Bestsellers List - Self-Improvement.